Below is a list of my favorite movies set or partially set in Boston, Massachusetts: 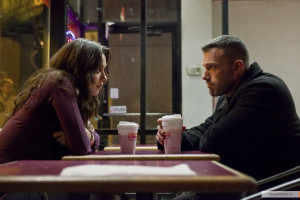 1. “The Town” (2010) – Ben Affleck directed and starred in this tight and emotional crime thriller about a professional thief torn between his feelings for a bank manager from an earlier heist and his fellow thieves as they prepare to score one last major heist. Rebecca Hall and Oscar nominee Jeremy Renner co-starred. 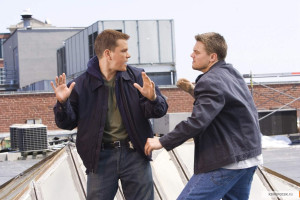 2. “The Departed” (2006) – Oscar winner Martin Scorcese directed this Best Picture winner and remake of the 2002 Hong Kong film “Infernal Affairs” about an undercover cop and a police mole for an Irish gang in South Boston attempts to identify each other. Leonardo DiCaprio and Matt Damon starred. 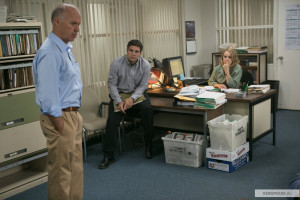 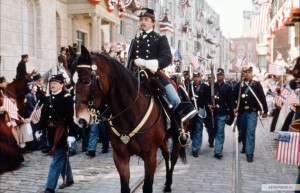 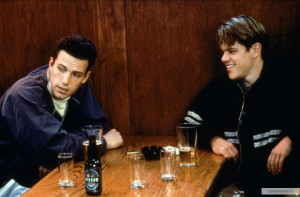 5. “Good Will Hunting” (1997) – Gus Van Sant directed this tale about a young janitor at M.I.T. with a gift for mathematics, but needs help from a psychologist to find direction in his life. The movie starred Matt Damon, Minnie Driver, Ben Affleck and Oscar winner Robin Williams. Both Affleck and Damon won Oscars for their screenplay. 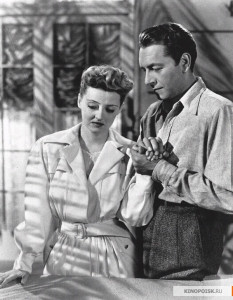 6. “Now Voyager” (1942) – Bette Davis starred in this adaptation of Olive Higgins Prouty’s novel about a spinster who turns to therapy to overcome her tyrannical mother’s control over her. Directed by Irving Rapper, the movie co-starred Paul Henreid and Claude Rains.

7. “R.I.P.D.” (2013) – Jeff Bridges and Ryan Reynolds starred in this silly, yet fun adaptation of Peter M. Lenkov’s comic book, “Rest in Peace Department” about a recently slain cop who joins a team of undead police officers working for the Rest in Peace Department, an organization that finds and returns souls who refuse to move on to the afterlife. Robert Schwentke directed. 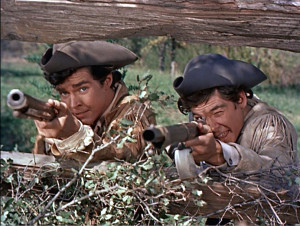 8. “Johnny Tremain” (1957) – Robert Stevenson directed this Disney adaptation of Esther Forbes’ 1944 novel about an apprentice in colonial Boston, who witnesses and experiences the events leading up to the American Revolution. Hal Stalmaster, Luana Patten and Richard Beymer starred. 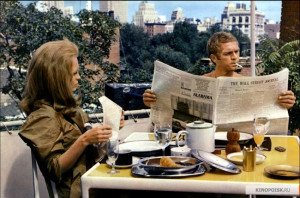 9. “The Thomas Crown Affair” (1968) – Norman Jewison produced and directed this stylized movie about a wealthy Boston banker-sportsman who attracts the attention of a sharp insurance investigator following his successful heist of a local bank. The movie starred Steve McQueen and Faye Dunaway. 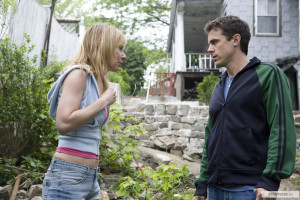 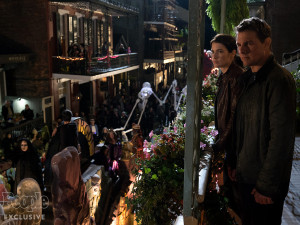 Four years after the release of the 2012 hit, “JACK REACHER”, Tom Cruise starred in a second movie featuring the main character in “JACK REACHER: NEVER GO BACK”. The movie is an adaptation of Lee Childs’ 2013 novel, “Never Go Back”.

Directed by Edward Zwick, who worked with Cruise in the 2003 movie “THE LAST SAMURAI”, “JACK REACHER: NEVER GO BACK”begins with former Army officer-turned vigilante drifter setting up a small town law officer to be arrested for human trafficking. It turns out that this latest case was one of several in which he had been assisting an Army officer named Major Susan Turner. When he finally arrives in Washington D.C. to meet her, Reacher discovers from a Colonel Sam Morgan that Turner had been accused of espionage and arrested. Turner’s attorney, Colonel Bob Moorcroft, later reveals that Turner might be involved in the murder of two soldiers in Afghanistan. Reacher believes that Turner has been framed. He also learns from Moorcroft that an old acquaintance named Candice Dayton has filed a paternity suit against him, claiming that he is the father of her 15 year-old daughter Samantha.

When Moorcroft is murdered by an unknown assassin, Reacher is blamed, arrested and transported to the same prison where Turner is being detained. Assassins arrive to kill her, but Reacher rescues Turner and the pair escape and make their way to Morgan’s home upon realizing that he is a part of the conspiracy. Unfortunately, following their meeting with Morgan, the latter is murdered by the assassin. Worse, Reacher and Turner’s enemies become aware of Samantha and try to use her as a means to control the former. Reacher and Turner intervene before the adolescent girl could be snatched. With Samantha in tow, the pair set out to discover the details behind the conspiracy that has framed both of them; and evade an Army unit led by one Captain Anthony Espin, who was under Turner’s command.

After watching this movie in the theaters, I had overheard another theater patron claim that the 2012 movie was better. Apparently, many critics seemed to share the guy’s feelings since the movie had garnered mixed reviews. And yet . . . I personally found it hard to share their views. I would not say that “NEVER GO BACK” was better than “JACK REACHER”. But I do not believe it was inferior to the other film. However, I am not going to waste my time in examining why others believe it was the inferior of the two films. After all, what is the point?

I certainly had no problem with the film’s production values. “JACK REACHER: NEVER GO BACK” was set in Washington D.C. and New Orleans. As someone who has always enjoyed visiting both cities, I must say that Oliver Wood’s sharp and colorful photography did justice to both cities. I also impressed by Billy Weber’s film editing. I thought his work was especially impressive in the sequence that featured Reacher breaking Turner out of a military jail and the pair’s attempt to save Samantha from the mysterious assassin during a Mardi Gras parade on the streets of New Orleans.

But like the 2012 movie, “JACK REACHER: NEVER GO BACK” had a well-written plot that I found intriguing. What I found interesting about this story is that the actual crime(s) that kick-started the story had occurred before the movie’s first reel – namely the murder of two U.S. Army soldiers in Afghanistan, who had been investigating a military contractor on her unit’s behalf. Thanks to the script written by Zwick, Richard Wenk and Marshall Herskovitz; I came to the conclusion that the movie had been set up to resemble a cold case. While Reacher and Turner struggle to evade arrest by a pursuing Captain Espin or murder by the mysterious assassin . . . and take care of the young Samantha, they also investigate the two soldiers’ murders. The entire scenario seems to be one balancing act.

If I must be brutally honest, I do have one problem with the story. “NEVER GO BACK” started with Reacher helping Turner arrest a lawman for human trafficking. I never understood why an Army officer would be involved in such a case in the first place. It seemed like one for the F.B.I. More importantly, Reacher and Turner had yet to meet face-to-face. Unless a piece of dialogue had evaded me, the movie never explained how the pair became acquainted with each other in the first place. I understand that they had first became aware of each other in one of Lee Childs’ previous “Jack Reacher” novels. But I wish the movie’s screenplay had been more clear about the matter in this film.

The performances featured in “JACK REACHER: NEVER GO BACK” struck me as pretty first-rate. Tom Cruise did his usual excellent job in portraying the ex-military vigilante. He was ably supported by Cobie Smulders’ excellent performance as Army officer Major Susan Turner, who seemed outraged by the criminal charges against her. Both Cruise and Smulders had one great scene in which their characters argued over who would remain in their New Orleans hotel to guard Samantha, while the other conduct their investigation. I found their performances rather entertaining to watch.

The movie also featured solid performances from Aldis Hodge, who portrayed the pursuing young and intense Army officer Captain Anthony Espin; Patrick Heusinger as the ruthless and barely stoppable assassin; Holt McCallany as the corrupt Colonel Sam Morgan; Austin Hebert as former soldier-turned-homeless drug addict Daniel Prudhomme; and Robert Catrini as Turner’s attorney, Colonel Bob Moorcroft. There were two performances that really caught my attention, but for different reasons. Robert Knepper, of whom I am usually a fan, seemed a bit over-the-top to me as a military contractor named former General James Harkness. On the other hand, I was very impressed by Danika Yarosh’s performance as the embittered adolescent Samantha Dayton, who may or may not be Reacher’s biological daughter.

Well . . . I cannot dictate the opinions of movie critics or any filmgoers. I can express my own view of “JACK REACHER: NEVER GO BACK”. And although I feel that the movie’s beginning was a little shaky about Jack Reacher’s acquaintance with Susan Turner, I cannot deny that overall, I was very impressed with the film. And I believe that Edward Zwick’s top-notch direction, along with a pretty solid script and a talented cast led by Tom Cruise, made this movie just as enjoyable as its 2012 predecessor.